To share your memory on the wall of Irvin Davis, sign in using one of the following options:

Receive notifications about information and event scheduling for Irvin

We encourage you to share your most beloved memories of Irvin here, so that the family and other loved ones can always see it. You can upload cherished photographs, or share your favorite stories, and can even comment on those shared by others.

Posted Apr 12, 2021 at 08:13pm
Irv was a very special person to me. He was my support and confidante during our time together at Connections. He “saved my bacon” and had my back numerous times. My respect for him is endless. He really enjoyed my farmer husband, Mike. The two of them could talk on and on about cattle and farming. I am so lucky to have known Irv and and am immensely sad at his passing. My condolences to his family and close friends. Thanks, Irv. I shall miss you. Lovingly. Beth
Comment Share
Share via: 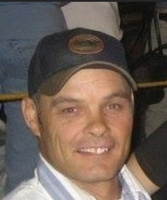