To share your memory on the wall of James Murphy, sign in using one of the following options:

After graduating from Englewood High School, Murf served four years in the United States Navy as a jet aircraft mechanic and a subsequent two years in the reserves. He married Barbara A. Cochran and to that union they were blessed with three children - Darcy, Brett, and Holly.

Murf enjoyed working and visiting with people, as was demonstrated in his passion for sales with Tharco for thirty years.

On March 17, 1990, he married Connie Lou Golgart in Loveland, Colorado, and in desiring a warmer climate, they moved to Deming, NM in 1995. Murf was very active during this time in caring for his mother, walks in the desert, playing golf, remodeling/flipping properties, and enjoying numerous pets – most of them from rescue situations. In 2008, with a desire to be closer to family and friends, they returned and settled in Greeley, Colorado.
Murf loved the Lord and enjoyed serving his church in many areas. His greatest desire and prayer was that his family would all know Christ as their savior and the joy of serving.

He was preceded in death by both parents, his beloved stepfather, Ray Swank, and son Brett.

He is survived by wife, Connie Lou; daughters Darcy and Holly; stepsons Steve (Kim) and Brian (Cheryl) Golgart, and many grandchildren and great grandchildren.

Receive notifications about information and event scheduling for James

We encourage you to share your most beloved memories of James here, so that the family and other loved ones can always see it. You can upload cherished photographs, or share your favorite stories, and can even comment on those shared by others.

Guaranteed hand delivery by a local florist
B 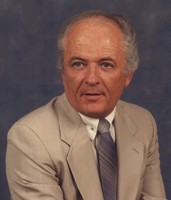