To share your memory on the wall of John Hamilton, sign in using one of the following options:

Print
John David Lee Hamilton departed this earthly life to rest with our Heavenly Father on January 22, 2021at Northern Colorado Medical Center in Greeley, Colorado, at the age of 58.

John was born on July 3​rd​, 1962 in Kansas City, Kans... Read More
John David Lee Hamilton departed this earthly life to rest with our Heavenly Father on January 22, 2021at Northern Colorado Medical Center in Greeley, Colorado, at the age of 58.

John was born on July 3​rd​, 1962 in Kansas City, Kansas to Elton and Maggie Hamilton. He was the youngest of 5 siblings. John professed his faith in Christ at an early age and was baptized through Salem Baptist Church in Kansas City, Kansas. John attended public schools in Kansas City, where he went on to graduate from Wyandotte High School, Class of 1980. During his academic career, he excelled in his studies, wrestling, and art.

After graduation, John was offered a wrestling college scholarship but selflessly chose to serve our country by joining the United States Marine Corps that same year. John spent his time serving from 1980 to 1986, where he was stationed at North Island Naval Air Station in San Diego, California. During that time, he served as an RP Religious Program Specialist and in the Color Guard. While serving in the Color Guard he received the opportunity to present the Colors to the Queen of England.

While John was stationed in San Diego in 1982, he met the love of his life, Deveria (Hill) Hamilton. They were joined in marriage on November 24​th​, 1984. To this union they were blessed with four children. John and Deveria relocated to Greeley, Colorado. John was employed at Kodak Film Company and continued to work there for 15 years.
John was funny and loved to make people laugh. He enjoyed sports, music, food, and most of all family. John was an avid Kansas City Chiefs, Kansas City Royals and Los Angeles Lakers fan. He would DJ at different social events for family and friends. John loved to cook and try new foods. John loved spending time with his family most of all. Whether that was enjoying a movie together, or supporting his children at whatever activity they enjoyed, he would be there to support them. John was a straight shooter but that always came from a place of love. He supported and believed in his children wholeheartedly.

John was preceded in death by his father Elton Hamilton Sr., one sister Loretta Hamilton, and
stepfather Clinton Adams.

The family asks that the wear of masks and social distancing be observed.
Read Less

Darren and Alesia (Lisa) Trammel, Carol siegel, and other have sent flowers to the family of John D. Hamilton.
Show you care by sending flowers

Posted Feb 21, 2021 at 11:16am
John and I grew up as neighbors in KCK. He was the little brother I never had and our families shared a closeness that will never go away. To Deveria and to his children, may GOD give you comfort and peace in the loss of your husband and dad. On behalf of the entire Drew family, we are in prayer with you and for you!

Posted Feb 05, 2021 at 07:13pm
It's with our deepest Sympathy to find out of his departure John was a fine gentleman and friend ,always admired him will be missed by our family Our Condolences from the Girls and myself rest in Peace Dear Friend💕🙏
Comment Share
Share via:
FO

Posted Feb 03, 2021 at 01:20pm
Good bye my friend John, we had some good times in Greeley fellowshipping together with family.
Frederick (Freddy) Osborne
Comment Share
Share via:
DT

Posted Feb 02, 2021 at 05:20pm
Rest in Heaven cousin! Hamilton family hold on to your memories and let them guide you during this time of sadness. We will miss John very much!

Flowers were purchased and a memorial tree planted for the family of John Hamilton. Send Flowers 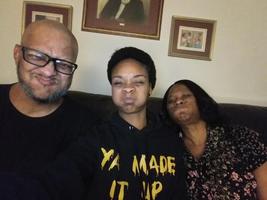 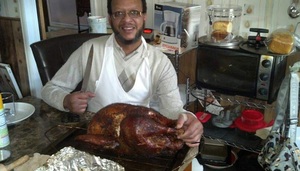 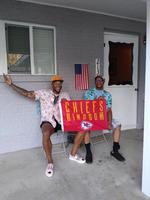