To share your memory on the wall of John Prall, sign in using one of the following options:

He was born in Waltersdorf, Romania to Michael and Maria Prall on July 9, 1936. John was the youngest of three children, sister Katharina Grieb and brother Michael.

He was born in Waltersdorf, Romania to Michael and Maria Prall on July 9, 1936. John was the youngest of three children, sister Katharina Grieb and brother Michael.

In September of 1944, the Prall Family moved to Tumeltsham, Austria when John was 8-years old. It took a solid 3-months to get there by covered wagon. In 1952, the family left Austria for the United States, by way of a Windsor Lutheran Church parishioner.

After a challenging boat ride across the Atlantic Ocean, they landed in Ellis Island. From there, a train brought the family directly to Colorado. After one-year of farm labor at 75-cents per hour, the family was able to pay back the passage debt to the parishioner and start their own “American Dream” in Windsor.

In 1961, he married Joan Elaine Sheperd and they had two children, Mark Allen Prall (wife Jennifer) and Linda Kay Bevins (husband Michael). They were married for 18-years.

John worked as a farm laborer, supervisor in the Beef Fabrication Department at Monfort Packing (now JBS), where he carried sides of beef with one arm, as well as a semi-truck driver for the Weld County Road & Bridge Department. During retirement…and never one to sit idle…John drove trucks for Doty Construction into his mid-seventies.

Known by many as the “Dutch Hop Ambassador of Northern Colorado”, John held hundreds of dances and gave event proceeds to his community, veterans, and different organizations, including the American Heart Association. Admired by Dutch Hop Bands and fans alike, his favorite dance partner was his own daughter, Linda…whom he taught to dance from a very young age.

His more “mellow” years were spent enjoying his family, friends, and his beloved Cocker Spaniel, Buster (who passed away at age 14, just 2-weeks prior to him). He loved sharing stories of his past with his kids and grandchildren. John also enjoyed watching football and spending time at the lake.

Proceeded in death by his parents, sister Katharina Grieb and brother-in-law Art Grieb.

John’s Life Celebration Memorial Service will be 3:00 pm Friday, February 5 at Adamson Life Celebration Home, 2000 47th Ave. Greeley, CO 80634, a reception will follow. The family asks that the wear of masks and social distancing be observed.

With deepest sympathy, Roland, Jody and Katie Grie sent flowers to the family of John Prall.
Show you care by sending flowers

Posted Feb 03, 2021 at 12:57pm
Mosquito #1 won't ever forget my Uncle John. Mom, Dad and I still recall and joke about him instructing me when I was just a tyke to do that particular "go answer the door greeting" he taught me to my parents dismay. I think the family knows what I'm referring to! We still laughed about it last time I saw him in March of 2020. He holds a special place in my thoughts and heart. Mark and Linda please accept my deepest heartfelt condolences at the loss of your dad. Loss always teaches me to never take for granted the close relationship I have with my parents! We are family and we support, love and cherish each other! Please be strong and keep close to each other and the rest of our family; we are always here if needed.
With much love and affection, Kevin
Comment Share
Share via:

Thank you Kevin! Appreciate your kind words so much! Linda
WG

Posted Feb 03, 2021 at 10:44am
No matter how old we are, its never easy to lose a parent. We wish we could be with you, but our thoughts and prayers are with you all as you grieve.

With deepest sympathy, Roland, Jody and Katie Grie purchased flowers and planted a memorial tree for the family of John Prall. Send Flowers

Posted Feb 02, 2021 at 11:50pm
Mark and Jennifer, Linda and Mike, May God bring you peace and comfort. Keeping you in our thoughts and prayers.

Flowers were purchased for the family of John Prall. Send Flowers 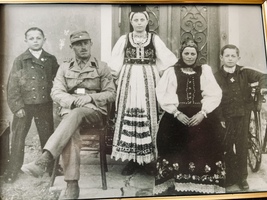 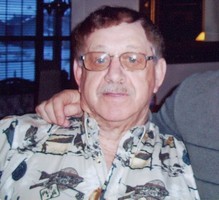