To share your memory on the wall of Lelia Oster, sign in using one of the following options:

Receive notifications about information and event scheduling for Lelia

We encourage you to share your most beloved memories of Lelia here, so that the family and other loved ones can always see it. You can upload cherished photographs, or share your favorite stories, and can even comment on those shared by others.

Posted May 26, 2021 at 11:21am
Condolences from the Krause family for your loss of Lelia. You are all in our thoughts and prayers.

Posted May 21, 2021 at 04:19pm
Was a dear friend & school mate in academy, our junior year of high school we had all 5 classes together, always a sweetheart, & great to catch up with at reunions. I grieve & look forward to that grand reunion with no good byes. Left my van at her place in Colorado for a week in 1998. Linda Layman Schermerhorn
Comment Share
Share via: 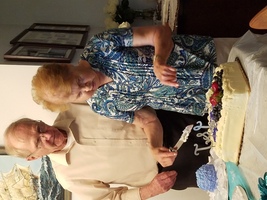