To share your memory on the wall of Lynn Clary, sign in using one of the following options:

Receive notifications about information and event scheduling for Lynn

We encourage you to share your most beloved memories of Lynn here, so that the family and other loved ones can always see it. You can upload cherished photographs, or share your favorite stories, and can even comment on those shared by others.

Posted Jan 31, 2021 at 10:21am
Condolences to your and Lynn's family. We fill privileged to have known Lynn, and so glad we had met you guys. We missed going out on Thursdays since all this covid stuff going on, and that saying goodbye to a friend is so complicated. Hope we can continue going out for dinners with the group again soon. Again, sympathy and sincere condolences to all the family.
Sue and Eddie David 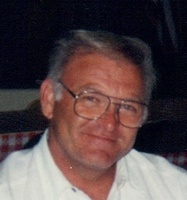