To share your memory on the wall of Michael Barnaby, sign in using one of the following options:

Print
Michael Allen Barnaby, 69, of Greeley passed away January 6, 2021 in Loveland with his devoted wife Mary Lu by his side. He was born July 2, 1951 in Greeley to Paul and Norma(Sherrow) Barnaby.

Michael grew up in Eaton and graduated fro... Read More
Michael Allen Barnaby, 69, of Greeley passed away January 6, 2021 in Loveland with his devoted wife Mary Lu by his side. He was born July 2, 1951 in Greeley to Paul and Norma(Sherrow) Barnaby.

Michael grew up in Eaton and graduated from Eaton High School in 1969. He attended Aims Community College and later transferred to UNC where he graduated with a Bachelors in History. On May 27, 1989 he married Mary Lu Martinez in Greeley.

He worked at Qwest as a Network Technician for 30 years before retiring in 2004. Michael was an avid reader and enjoyed capturing photos of the landscape and wildlife while hiking through the Rocky Mountains. Mike was a real History Buff, watching the History Channel and documentaries which took him and Mary on many travels, including Civil War battle fields. He also enjoyed concerts and plays.

He is survived by his wife, Mary Lu, his mother, Norma Barnaby, his sister Jo Barnhart, niece, Brittney McCarty(Trevor), and nephew Devin Barnhart (Sierra) and their son Daxton.
Mike is also survived by his Uncle Dale and Aunt Toots, three sister-in-laws and their spouses, including nieces, nephews, great nieces and great nephews and many cousins.

He was preceded in death by his father, Paul, father-in-law, John Martinez and brother-in-law, Charlie Barnhart.

Memorial contributions may be made to the Juvenile Diabetes Research Foundation in care of Adamson Life Celebration Home, 2000 W 47th Ave. Greeley CO 80634.

Friends may send condolences to the family at adamsoncares.com.
Read Less

Receive notifications about information and event scheduling for Michael

We encourage you to share your most beloved memories of Michael here, so that the family and other loved ones can always see it. You can upload cherished photographs, or share your favorite stories, and can even comment on those shared by others.

Posted Jan 15, 2021 at 05:47pm
Jo, I am thinking of you and family at this sad time. I hope you find comfort in your memories and the caring of others. Prayers, Korki
Comment Share
Share via:
ME

Posted Jan 13, 2021 at 08:02pm
Jo - am saddened to read of Michaels passing. There is no stopping time, yet it is time itself that will help to heal the sorrow. Peace be with you.
Comment Share
Share via:
SF

Posted Jan 10, 2021 at 08:45pm
Rest in peace Uncle Mike. I decided to plant a tree in your honor because I remember how much you loved nature. 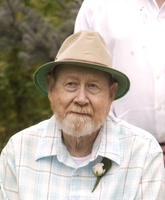