To share your memory on the wall of Peggy Ford Waldo, sign in using one of the following options:

Print
To view the live stream service, click on the following link; https://fb.me/e/3lWBwger1

Our beloved Peggy passed away Monday afternoon, April 12, 2021, surrounded by her heart broken family and the many loving thoughts and prayers of... Read More
To view the live stream service, click on the following link; https://fb.me/e/3lWBwger1

Our beloved Peggy passed away Monday afternoon, April 12, 2021, surrounded by her heart broken family and the many loving thoughts and prayers of her bountiful, eclectic, extraordinary, wise and caring cache of friends, colleagues, acquaintances and yes, even strangers…Peggy seemed to know everyone.

She was born to Richard F. and Gelene L. (Dunham) McDonald on December 10, 1948, her mother’s birthday, in Fort Collins, the first of four children, including Robert, Sally and Scott. During her early years, she lived in Dove Creek and Monte Vista, CO in the San Luis Valley which she dearly loved, especially rafting on and ice skating on the irrigation ditch adjacent to the family home. She was an outstanding student and graduated from Golden High School in 1967 and from Colorado State University in 1971 with a Bachelor of Arts in English. During summer vacations, she worked in food service at Mesa Verde National Park and the Strater Hotel in Durango, CO where she waited on famous author, Louis L’Amour.

Peggy married Philip R. Ford while at CSU and their son, Adam Robert Ford was born on August 29, 1970. During her senior year, Peggy was known to take Adam to classes with her, with him riding on the back of her one speed bicycle. She was very devoted to both Adam and her education. Over the years, she was very gratified by Adam’s success and both the fine man he had become and excellent father to his children, Jeffery and Natalie.

After graduation, Peggy began her career working for the Art Department at CSU. After moving to Greeley, she worked for the University of Northern Colorado from 1978-79 as the Fine Arts Library Assistant and the Mariani Art Gallery Curator. Peggy then began to work for Greeley’s museums in 1979; she held many positions including Research and Education Coordinator, Programming Curator and Development Curator.

She shared her knowledge with genealogists, writers, historians, and students of all ages. She compiled, organized and made accessible Greeley Museums’ extensive archival collection, conducted and transcribed numerous oral history interviews, and assisted researchers nearly every single day from 1979 to her retirement in December of 2020.

Peggy regularly contributed articles and columns about local history for The Greeley Tribune, Greeley Style Magazine and other publications. Her talents shone in her writing, researching, collaborating and reviewing of such notable books as The Greeley Philharmonic Orchestra: A Century of Musical Magic; Greeley, CO: The Historical Picture Album; Confluence: The Story of Greeley Water; Images of America: Greeley; as well as the upcoming Weld County: 4,000 Square Miles of Grandeur, Greatness & Yesterdays and Bears in the Backyard: A Story of Inspiration and Affection.

One of Peggy’s favorite activities was portraying a 1922 schoolmarm at the Lone Valley School at Centennial Village Museum. She also wrote and lead tours for the Meeker Home Museum, coordinated all-day field trips to historical locations in Colorado and Wyoming and presented many programs and tours, including Linn Grove Cemetery.

Peggy served as an ongoing working committee member for High Plains Chautauqua since 1999 and was a longtime member of the Dearfield Committee, striving to preserve this important African American settlement established in Weld County in 1910. Peggy was also a two-time recipient of the Josephine H. Miles Award for excellence in history presented by History Colorado. In 2003, she was named by A Woman’s Place as an Outstanding Woman of Weld County for service as community historian.

On October 11, 2008 Peggy married local attorney, Robert “Rob” Waldo at a ceremony at the Sodbuster Inn. They combined their families to include Adam and Rob’s two children, Philip and Emily, with whom she shared a special mother-daughter/friend relationship. Although Peggy frequently complained about being short, Rob always told her she was very tall inside and had a long name, Peggy Ann McDonald Ford Waldo, to boot.

Peggy loved to laugh, cook, share her food with others, the outdoors, nature and gardens. She was an amazing storyteller, enjoyed film, theatre and the performing arts. The Greeley Philharmonic Orchestra was her passion and she would often proclaim it was the oldest symphony orchestra west of the Mississippi.

Peggy’s parents and her brother, Robert McDonald preceded her. Thankful to have shared her life include her son Adam Ford, his wife Heather and his children Jeffery Ford and Natalie Ford, all of Grand Junction; her sister Sally Lorenz and her husband Scott of Greeley; her brother Scott McDonald, his wife Sharon and their daughter Austin Gordon and her wife Sarah St. John and their daughter Piper, all of Durango; her niece Bobbie McDonald (Robert’s daughter), her husband Troy Baum, their daughters Chelsea and Courtney, all of Littleton, and her mother Paula McDonald Moody and her husband Les of Windsor and his children Curtis Moody and Morey Hoffman. In addition, Mrs. Waldo is survived by her husband Rob of Greeley, his children Philip Waldo of Ft. Collins and Emily Waldo of Lakewood, his sister Lillis Waldo Raboin and her husband Bill of Eagle River, Wisconsin and her daughters Gretchen Schuessler and her husband Rick Danielson and Annie Schuessler and her wife Amy Palms, all of San Francisco, and his sister Sue Danielson and her husband Wayne of Kansas City and her children Wes Ballinger and Sarah Luster of Greeley. Brother-in-law David Ford and his wife Hao of Boulder also survive her.

Peggy’s Life Celebration will be held at 2:00 p.m. Wednesday, April 28, 2021 at the Union Colony Civic Center, observing Covid guidelines, masks and social distancing. Her family is grateful for the many caring thoughts and expressions of support including flowers, food, visits, phone calls, cards, emails and texts. Memorial gifts may be made to the “Weld Food Bank” in care of Adamson Life Celebration Home, 2000 47th Ave., Greeley, CO 80634. Friends may leave condolences at AdamsonCares.com.
Read Less

Receive notifications about information and event scheduling for Peggy

We encourage you to share your most beloved memories of Peggy here, so that the family and other loved ones can always see it. You can upload cherished photographs, or share your favorite stories, and can even comment on those shared by others.

George Junne and Alison Connell sent flowers to the family of Peggy A. Ford Waldo.
Show you care by sending flowers

Posted May 04, 2021 at 04:21pm
Although Peggy was short in stature, to those of us who were lucky to call her our friend, she was larger than life with a giant heart of gold. Peggy was not only my friend and co-worker, she lived in my neighborhood so she would oftentimes stop in for a chat to talk about what’s happening in our lives and reminisce about the good old days in Cultural Affairs, maybe share a glass of wine, and sometimes even jump in to help me weed a garden bed...she was a most excellent weed puller! Every time I see a little white car like Peggy’s driving down 16th St. it takes my breath away and brings a tear to my eye! I’m going to miss our visits so much... RIP good friend! May your delightful generous and loving energy live on in all of us!

Posted Apr 28, 2021 at 01:27pm
Peggy was a great and caring person. She was a key person at Centennial village where she played a good role as a schoolmarm for History fest! She will be greatly missed by me a devoted volunteer there! - Sara Shaner
Comment Share
Share via:
MA

Posted Apr 25, 2021 at 05:26pm
Peggy was a true friend who inspired by example. Never have I met someone who lived and loved more wholeheartedly than she. God rest you merry, Peggy Ann, in sure and certain hope!
Comment Share
Share via:
JS

Posted Apr 24, 2021 at 02:00pm
My heartfelt condolences to Peggy's immediate family as well as her numerous friends, and they are numerous! In my 20+ years with Peggy as my supervisor, mentor, co-worker, and friend, I never once saw her not help someone. From answering a simple question to reviewing a book, and everything in between, Peggy helped. You may have began an acquaintance, but you always ended by being a friend. Early on my mantra was established, "Ask Peggy" and the day I did not learn something from Peggy was a day that one of us was not at work. Her legacy in the body of work and caring she left behind is immense and will never diminish with time. Wonderful memories of Peggy right now are bringing tears. Peggy would wish for us all to give comfort to each other and to carry on. I am so blessed to have known Peggy Ann McDonald Ford Waldo, and I will miss her every day for the remainder of my life. Forever and Always Peggy, JA

I also worked with Peggy in the early 80's at Centennial Village. So thank you for summing up her talents so well. I agree, she was so capable and personable. We were lucky to have her in Greeley for as long as we did... and she never stopped or seemed to retire. I realize now that she had the perfect college degree for her roles, as well as many interests, and communication skills as well. I enjoyed being wither Peggy, and we will all miss her. (info @ SusanBensonTodd.com.... "sooz"
HS

Posted Apr 23, 2021 at 01:41pm
Please accept our most heartfelt sympathies for your loss... Our thoughts are with you and your family during this difficult time.

Flowers were purchased for the family of Peggy Ford Waldo. Send Flowers 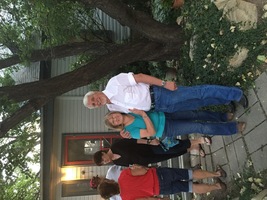 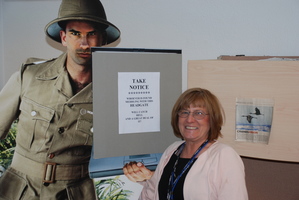 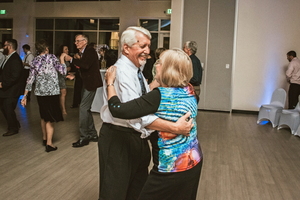