To share your memory on the wall of William Hughes, sign in using one of the following options:

Bill is survived by his devoted wife of 55 years, Patty, his children and their spouses; Christopher and Stephanie Hughes, Dean and Jennifer Hughes, Tricia Hughes and Shane Oshetski, and April and Mike Kinninger; 8 grandchildren: Nick, Tristan, Jack, Zach, Brandon, Owen, Jake and AJ; his sisters Marilyn Luther, Linda Miller and brother Larry Hughes. He was preceded in death by his parents Herbert and Helen Hughes.

Bill had a successful career spanning 31 years with Monfort of Colorado/Mapelli Brothers/Conagra, with his last role as Senior Vice President. He enjoyed diverse roles and responsibilities that helped Monfort grow into one of the largest meat packing companies in the United States, and Greeley's largest employer. After retiring from the meat packing industry, Bill became the Board Executive for North Colorado Medical Center Inc. for 13 years, Bill continued to use his business and finance accumen to help grow and modernize Greeley's local hospital administration, formerly NCMC, INC. and now The Weld Trust. Bill also made significant volunteer contributions through Leadership Greeley, the Greeley Citizen Budget Advisory Committee and the Weld County Retirement Board.

Like both his parents, Bill always valued education and was very proud of his children’s pursuit of the best education available to achieve their personal goals.

A private family Life Celebration will be held. In lieu of flowers, memorial gifts may be made to “A Woman’s Place” in Greeley, in Bill’s memory in care of Adamson Life Celebration Home, 2000 47th Ave., Greeley, CO 80634. Bill felt their work was incredibly valuable to the women of the community. Friends may leave condolences at AdamsonCares.com.
Read Less

Receive notifications about information and event scheduling for William

We encourage you to share your most beloved memories of William here, so that the family and other loved ones can always see it. You can upload cherished photographs, or share your favorite stories, and can even comment on those shared by others.

Posted Jan 28, 2021 at 08:44pm
It is hard to close a chapter in the book of life as my Brother Bill haS always been there for us. He tolerated all my sister and mine shenanigans while growning up. Love you, Bill
Comment Share
Share via:
TH 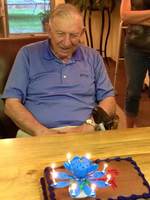 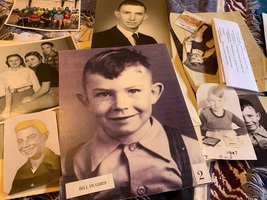 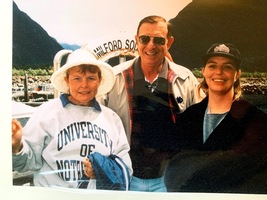